Before and After: The Haircut 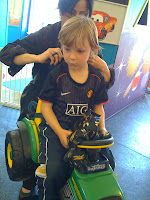 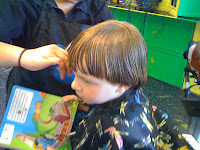 This is their first haircut in a salon, and it was a kiddie salon at that. Guess I haven't been out much because this was the first time I've been so near screaming babies and poopy diapers in a while. D was the one who really needed a haircut, and had even been asking for one enough times that I finally trimmed his bangs and chopped off a bit in back. K did not want one, but since we were there anyway I told him he needed to get it trimmed. They had these photos of hair cuts for boys which included long, short, surfer and buzz cuts. Even the "long hair" was nowhere near the length my husband wants on these guys. Ds hair is so thick I had them cut a bit off anyway, since it is such a pain to wash and rinse. He was such a trooper, sitting there, looking down at the book they gave him. K gave up the cool car just for his brother, after some protest, and ended up crying by the end even though he spent way less time. I think he gets very uncomfortable when someone he doesn't know touches him, especially for that long. He couldn't even hack the smock, choked the poor kid. 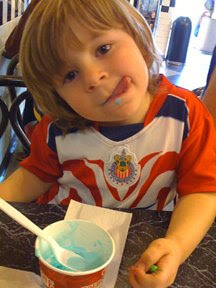 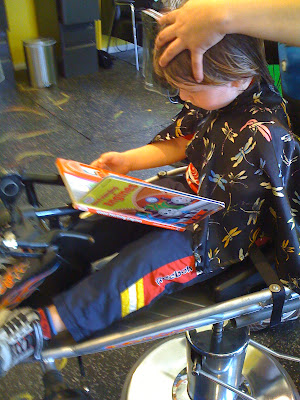 During (Personally, I think the tractor above would be more fun) 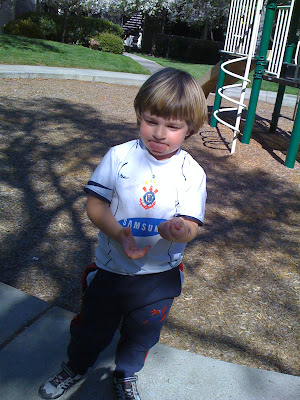 Email ThisBlogThis!Share to TwitterShare to FacebookShare to Pinterest
Labels: adventures with the kids